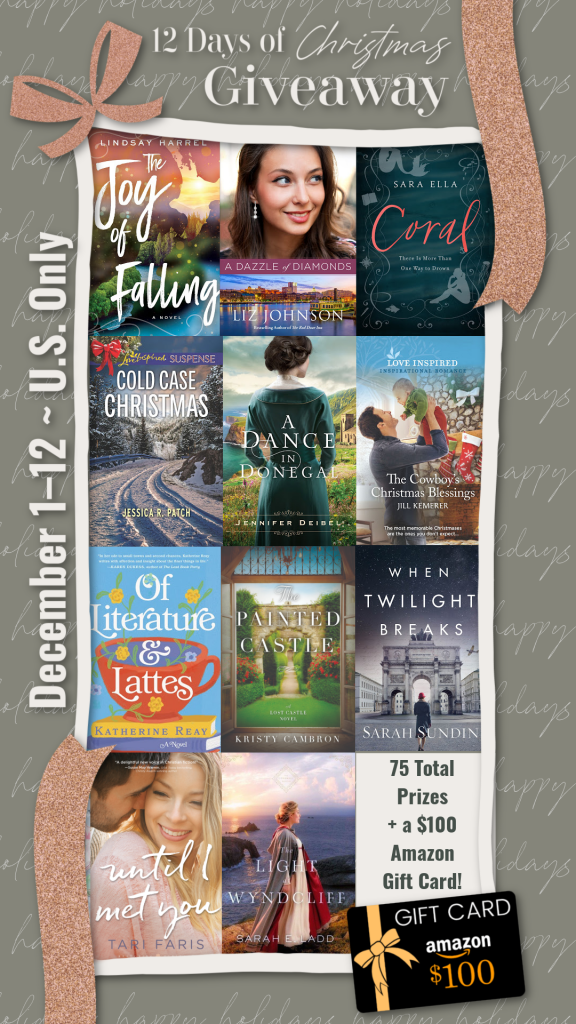 The prizes are building, and the 1st day’s winner will receive a copy of A Dazzle of Diamonds! 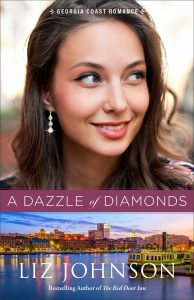 Penelope Hunter loves her job as the events manager at one of Savannah’s premier historic venues–until her ex-fiancé walks into her office with his new bride-to-be. To make matters worse, a scheming social matriarch is intent on seeing Penelope fired, especially if she insists on being seen with Tucker Westbrook.

Since returning from serving two tours in the Middle East, Tucker has built a thriving security company. His work is nearly as stabilizing as his friendship with Penelope, who has been by his side since childhood. But when the lone candidate for county sheriff goads him, Tucker loses his cool and ends up on the ballot–and on the receiving end of a smear campaign claiming the Westbrooks were traitors to the South.

To clear his name, Tucker and Penelope must join forces to find the truth behind a 150-year-old lost treasure. But the more time they spend together, the closer she comes to losing her job–and falling helplessly in love.

And don’t forget to stop by Jill Kemerer’s blog tomorrow to see what prize is added.