On the sixth day of Christmas, my favorite authors gave to me . . .

We’re already on Day 6 of the 12 Days of Christmas Giveaway! And the prizes are pretty amazing and each day they’re growing! 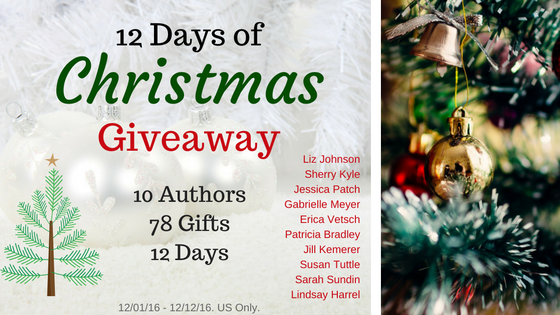 Each day the prize builds with another book or book-related goody, and your rafflecopter entries will roll over–every day another chance to win.

The 6th day of Christmas prize winner will receive: 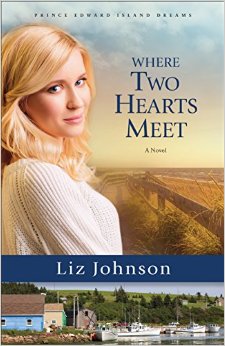 In her kitchen at the Red Door Inn, executive chef Caden Holt is calm, collected, and competent. But when her boss asks her to show off their beautiful island to impress a visiting travel writer and save the inn, Caden is forced to face a world much bigger than her kitchen–and a man who makes her wish she was beautiful. Journalist Adam Jacobs is on a forced sabbatical on Prince Edward Island. He’s also on assignment to uncover a story. Instead he’s falling in love with the island’s red shores and Caden’s sweets. When Caden discovers Adam isn’t who she thought he was, she realizes that the article he’s writing could do more than ruin the inn’s chances for survival–it might also break her heart.

Enter in the Rafflecopter giveaway below by following some of your favorite authors on social media and signing up for their newsletters. Every entry carries over–so the sooner you enter, the more chances you have to win.

And be sure to visit Patricia Bradley’s blog on December 7th to learn about the Day 7 prize!