Once upon a time … there was a sweet little blogger named Lady Liz. Hi LL. 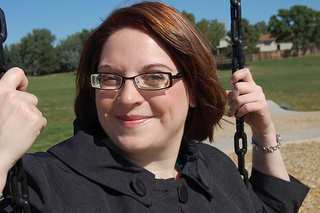 Liz liked swinging on swings, reading fairy tales, and watching TV on dvd. Then one day, her roomate Amy sent her a link for a free month trial of Netflix. 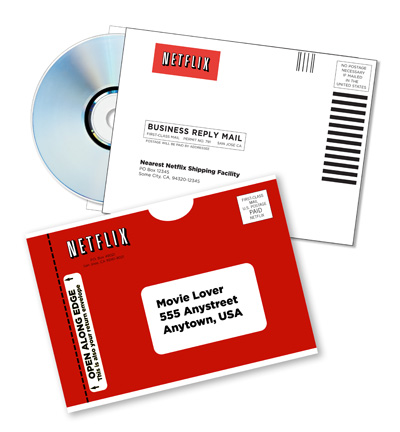 Of course, LL accepted the free offer, and soon was filling her queue with movies and TV on dvd to her hearts desire. But the first couple TV shows she tried were bad. Yuck. Poo. Then Netflix recommended a new TV show, and LL shrugged and said, “Sure. Sounds like fun.” Two days later, a little red envelope arrived in her mail box with the first disc in the BBC show Robin Hood. 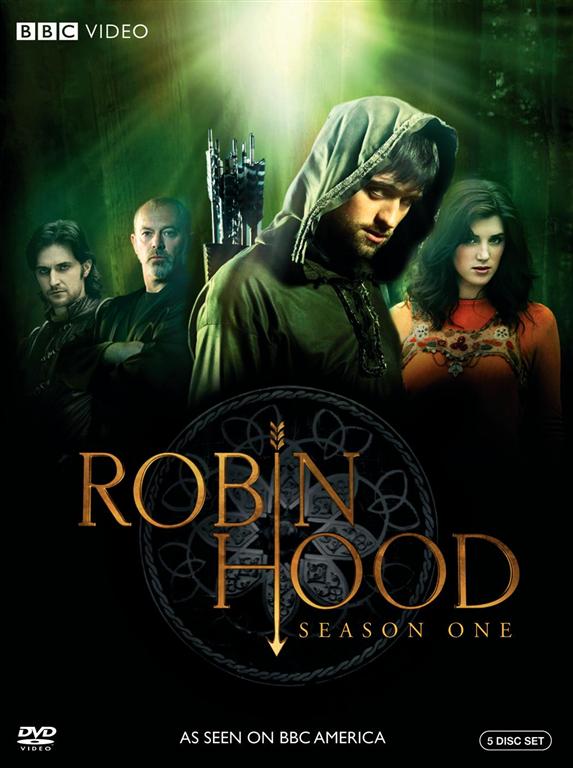 Minutes after putting the first disk into her computer, LL’s jaw dropped and her eyes bugged and she could not rip her attention from the screen in frong of her. Like every fairy tale she loves, the story of Robin Hood, Lady Marian, and Guy of Gisborne unfolds. What’s new is the snappy wit, amusing dialouge, ruckus sidekick Much, and utterly handsome Robin. Yup. LL discovered quite quickly that she had a little crush on the people’s hero, who robs from the rich and gives to the poor. And then she realized that if possible, Robin was cuter than ever because he shoots a bow and wears a … 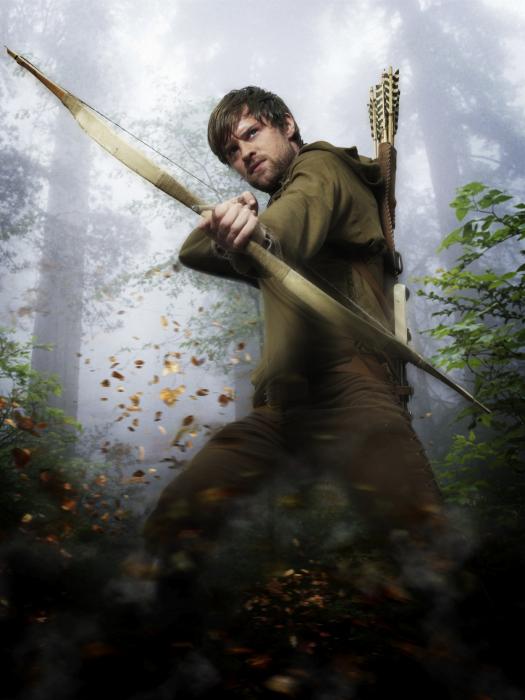 … HOODIE! That’s right, a greenish/brownish hoodie. In every episode. LL could barely contain the pitter patter of her little heart.

With the arrival of each new disc of this action-packed show, LL found that happily ever after arrived. Until the disc ended. And began again with the next disc. And quickly ended again. Tired of the back and forth, she decided to ask for the dvds for her birthday. If she gets them (nudge, nudge, wink, wink), then she’ll be happily forever after …

Oh. My. Word. I’m like a mama being told that her baby is beautiful. I just want to laugh, I’m so pleased.

Today I received the first reviews for The Kidnapping of Kenzie Thorn. Romantic Times Bookreviews magazine gave me 4 stars. Here’s their complete review:
“Governor’s graddaughter Mackenzie Thorn doesn’t know the new student in her GED prep class at the Oregon State Prison is not a criminal. Myles Parsons is really FBI agent Myles Borden, and he’s been sent undercover to protect her following a tip that her life is in danger. Myles kidnaps her to keep her safe, and soon they’re on the run, realizing that only God will be able to get them out of this alive. This exciting, suspenseful, action-packed story has great characters and a  good mystery. ”

As if that weren’t exciting enough, my dear friend Deena reviewed it on her blog. She said, “Rich with humor, spunk and snappy dialogue, “The Kidnapping of Kenzie Thorn” was a treat to read. True…a few moments of cheesiness existed…but isn’t romance kind of cheesy to some degree? Liz Johnson’s new novel in the Love Inspired Suspense line is a great summer read, and I’m hoping it’s just the first of many novels from this new author. I’m giving Kenzie’s story four out of five bookmarks, with a first aid kit as a charm. You’ll need one if you hang out with Kenzie for very long!”

Thank you for celebrating with me! I’ll keep you up to date on reviews and interviews as they come.

Wishing all reviews could be this kind until next time. -LJ

Did you get a chance to see Cindy Woodsmall on ABC Nightline last night? If not, visit this link to see the whole segment on Amish fiction. It was great! Enjoy and leave a comment if you like.

Just can’t wait to start reading The Kidnapping of Kenzie Thorn? Sure that July 14th won’t come soon enough? Swing by Amazon or Barnes and Noble, and you too, can read an excerpt from the first chapter. Here’s a link to the amazon page. Just scroll down a bit and get yourself hooked. 🙂 And don’t forget that you can read the whole book starting July 14, available in stores all over–Borders, Barnes and Noble, etc.

This week’s teaser is:
“Except she had taken Devon’s attention more seriously than she knew she ought to. She’d sat next to him at three Zoe charity dinners, and after each dinner, she’d spent a few weeks hoping he would contact her again. And he never had.”
pg. 48 – Deadly Intent by Camy Tang

– I’ve only cracked the cover of this book so far, but I’m so excited to read it! Camy is a delightful author and I can’t wait to enjoy this book that releases July 14. Camy and I are both Steeple Hill Love Inspired Suspense authors, and I’m so excited to be part of the same line. Enjoy! 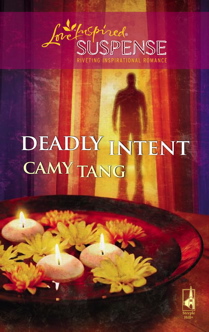 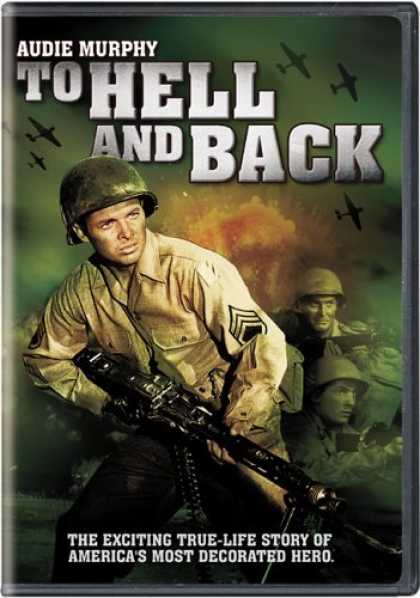 In honor of Memorial Day, I thought I’d recommend a military movie that I used to watch at least once a week when I was in Jr. High. It played on AMC at least once a day, it seemed like. To Hell and Back is the true story of Audie Murphy, one of the most decorated war heroes in

Audie starred as himself in the film, which is based on the book of the same name that he wrote. According to Wikipedia, Audie’s grave at Arlington National Cementary is the second most visited behind that of President John F. Kennedy.

Audie’s is a pretty amazing story from WWII, and I’d definitely recommend the movie–even if it is in black and white. 🙂

Thanks to all of the men and women who have served our country in the military over the years, including my dad. Thanks, Dad!

I hope you won’t hold it against me that I’m offering another website for the second week in a row. But this website, is just so worth it!

Welcome to CakeWrecks.blogspot.com – when professional cakes go horribly, hilariously wrong. Cake Wrecks and its creator Jen, just celebrated it’s first birthday, and boy has it been a funny year!

Not sure what a Cake Wreck is? Allow me to show, not tell:

(Disclaimer: I hope it’s okay for me to borrow these pics.) I just can’t describe a cake wreck any better than these pics describe. But the real genius of the site is Jen, the host. Her snarky comments absolutely make the site the gem that it is.

Oh, and don’t miss out on Cake Wrecks the book! Only $9.55 at Amazon-available September 15. Oh, I’ll so be buying one of these. And you should too. 🙂

Laughing uproariously at cakes until next time. -LJ

Okay, so lately, I feel like I’ve been so busy that the only posts I get to do are my weekly standards: Monday Movies, Teaser Tuesdays, and Friday Favorites. While I really love them, I miss just random posts about whatever is going on. So tonight, I’m putting down the Robin Hood (stay tuned soon for a coming Friday Favorite) and offering you something completely random that I’ve just discovered thanks to Mark Lee (he’s the guitarist from Third Day) tweets.

Welcome to: www.runpee.com. Can you hold it?

This is the beta version of a website set up to help you know when you can run pee during current movies, and there aren’t runpee times set up for every movie yet, but there are some for the big recent releases. And warning–there may be some off color language, etc. You’ve been warned.

But this is a really funny website. Seriously, check it out.

And don’t worry. I’ll try to lose another library book or something exciting soon.

This week’s teaser is:
“He’d been four years younger than she was now when he began moving about the country, free of all Amish restraints. But when he was twenty-three, his stepmother ahd called, telling him his Daed was ill and the family needed him.”
The Hope of Refuge by Cindy Woodsmall

– I’ve already revealed myself as a cheater in the Teaser Tuesday department, and this week is no exception. Right now I’m reading the brand new manuscript from Cindy Woodsmall. The book comes out in August, and I’m so excited. It’s amazing! Even if you’re not a fan of Amish fiction, you can’t miss out on New York Times bestseller Cindy’s phenomenal writing. She’s great! 🙂 Enjoy! 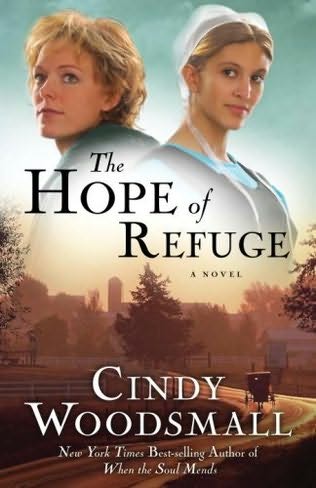 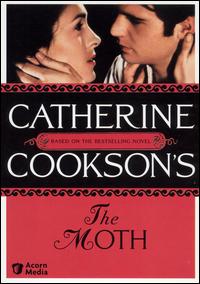 It comes in handy that I gave it to my mom as a gift for Christmas a coule years ago, so I knew she had it. 🙂 (I completely abide by the rule: give gifts you’d like to receive. Hint, hint.) Amazon’s description is The Moth—In 1913, a talented carpenter leaves the Jarrow shipyards to work in a small village where an encounter with an ethereal girl-child changes his life.

That’s really the most understated description ever written!

The Moth is the story of Robert Bradley (Jack Davenport), a carpenter in the Irish shipyards just before WWI. When Robert’s father dies, his estranged uncle offers him a job working in his furniture-making shop. Robert decides to move to the country and moves in with his uncle’s family. But when Robert is wrongfully accused of impregnating his cousin Carrie, he chooses to leave the house and his job and finds work at the Thorman home.

While Robert’s reputation is ruined, he refuses to lie about his actions or his feelings. But his reputation creates problems at the Thorman house, especially with Sarah, the eldest daughter. And Sarah’s jealousy and interest in Robert just makes things harder. But when Carrie’s delivery has complications, she tells her father that Robert isn’t the father of her baby.

With his reputation restored (he has a great line about how his conscience was always clean), he can finally begin to explore his feelings for Sarah. But their class differences still stand in the way. Bankruptcylooms over the Thorman family, and Sarah feels helpless and trapped. But when Robert’s uncle dies, he leaves his business and land to Robert. Suddenly a man of property, he is able to act on his love for Sarah.

The 3 part miniseries is way better than my description, and Jack Davenport is the reason why. 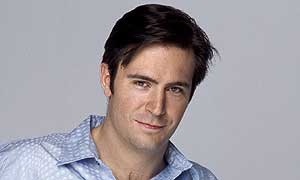 If Jack looks familiar to you, you probably know him from the 3 Pirates of the Caribbean movies as Elizabeth Swan’s ill-fated fiance. Or maybe you saw him as Amy Adam’s groom-to-be in The Wedding Date. Either way, his absolutely fantastic as Robert Bradley. He’s subtle and caring, and he plays the part so beautifully. He’s handsome to boot, too!

If you’re in the mood for a really good romance, don’t miss out on The Moth.