So my sister and sister-in-law and I decided to go see a movie this last weekend. I so very rarely get to go out with them that I agreed to go see whatever they wanted. Beth wanted to see The Ghosts of Girlfriends Past. 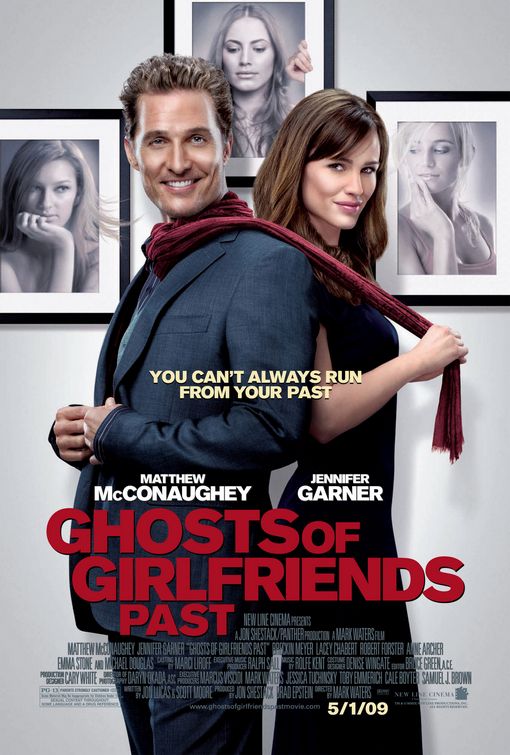 It’s been more than a few years since I really loved a Matthew McConaughey movie. But I do love Jennifer Garner. And as I mentioned, I did really want to spend time with Hannah and Beth.

Well, the girl-time was great! Laughing and giggling and eating of popcorn. The movie … well … not so great.

I’d read a really terrible review of it the night before, so I was expecting something awful. And it wasn’t awful, but it wasn’t great either … or even good. It was just okay. And it was frustrating to see that there were no consequences to Conner’s (played by McConaughey) promiscuous lifestyle except that he couldn’t be with Jenny (Garner) until he gave it up.  But at least there was a change in his character, a realization and change made, unlike some other recent chick flicks that drove me crazy.

I don’t recommend this movie. Just the time with girlfriends.

Already thinking about how much I’m going to miss hanging with the girls until next time. -LJ