Amy and I have been so excited about seeing X-Men Origins: Wolverine for months. Me, because I love a good action flick and Hugh Jackman is always enjoyable to watch. Amy, because Taylor Kitschfrom Friday Night Lights is in it. I was out of town on opening weekend, so we had to wait until this weekend. Saturday afternoon we tooled on down to the theater, plopped in our seats, and both practically fell asleep.

We were beat. Amy from getting up early to do flowers for a friend’s wedding. Me from still being on vacation. 🙂 But we managed to stay away until the previews started, and then we couldn’t sleep if we wanted to.

Can I just say that the previews are usually one of my favorite things about seeing a movie? We caught my first preview of Transformers 2: Revenge of the Fallen. It looks AWESOME!!! I can’t wait! I’ve loved Shia LaBeouf since Even Stevens on the Disney Channel years ago.

Okay, so on to my thoughts on Wolverine … 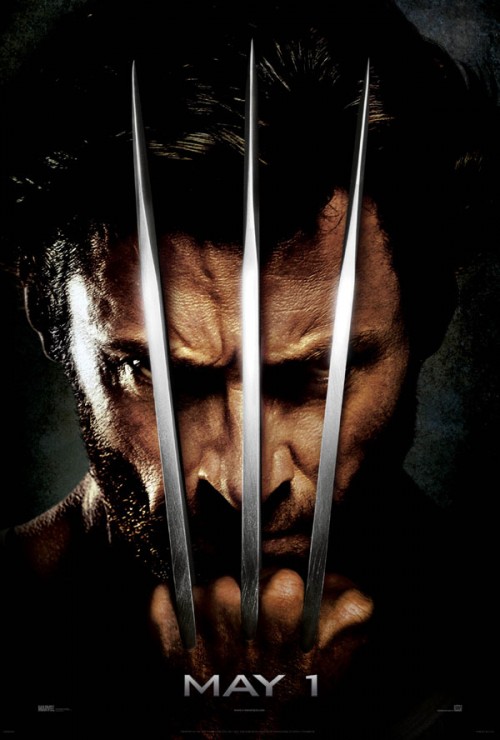 I had high expectations going into this flick. I enjoyed the last three X-Men movies, and I hoped that this would be just as amazing. The cast was awesome: Hugh Jackman, Liev Schreiber, Danny Huston, Taylor Kitsch, Ryan Reynolds, and more. I read an article about how Hugh Jackman worked out to play the part. He’s really an animal. It’s crazy! How could the movie be bad with all these amazing actors? 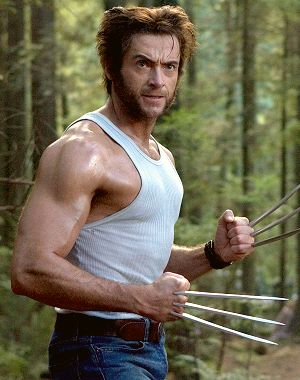 Turns out it wasn’t bad … just not great.

Now it had some great parts–like when James/Logan/Wolverine (more on his name below) is on the run from mad scientist Colonel Stryker. Completely unclothed (warning for young and old viewers alike: the movie has a couple shots of an uncovered rear end) James finds refuge on the farm of an older couple. They invite him in, give him clothes, a hot meal, and a place to sleep. In return, he destroys their bathroom with his brand new Adamantium claws. It’s a great moment. And I was surprised how easily I laughed at this and a couple other spots.

But there were some areas that really caught me and pulled me out of my suspended belief and landed me right back in reality. Things like name confusion. Our hero was raised as James, but Stryker calls him Logan. Where did that come from? I thought I misheard, but then I spent half the movie trying to figure out where the name change came from. Never did. Figure it out, that is.

The plot, too, lacked some smooth transitions and left a few loose ends that always drive me crazy. Motivations weren’t always clear, and some of the CGI just looked too fake.

But then the last fight scene started, and it was so cool that I almost forgot about the weak plot and strange motivations. I won’t give it away, but it was wicked (in the Boston sense of the word)! And they did a really great job of leaving the story at a great point for the first of the recent X-Men trilogy.

And now … now I look forward to seeing Star Trek next weekend. Even if I’ve never seen an actual episode of any of the TV shows. 🙂

Looking forward to a summer of fun movies until next time. -LJ

One thought on “Monday Movie – Wolverine”