Today I’m sharing even more of the story behind the story of A Star in the Night, my contribution to A Log Cabin Christmas Collection, releasing on September 1st from Barbour Publishing.

While I waited, I kept thinking about Jed and Cora, caught up in the aftermath of a battle that left a town permanently scarred. I kept wondering what it would be like to walk the grounds where thousands of soldiers had marched, so in August, nearly a month after I’d submitted my proposal, I made my mom join me for a tour of the old plantation and the grounds.

The tour of the house was incredible. Here are a few pictures of the house, Confederate cemetery, and grounds. 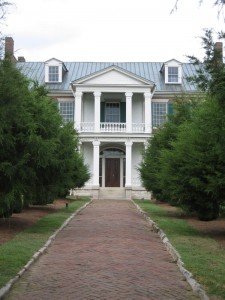 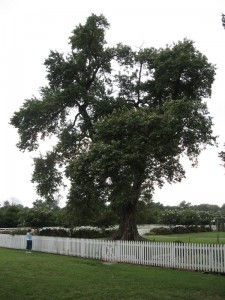 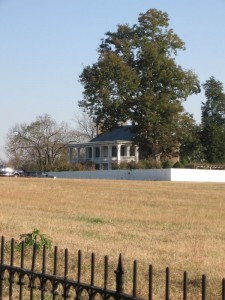 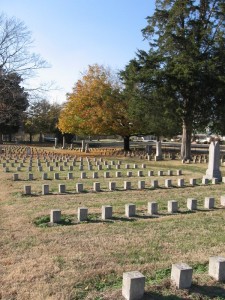 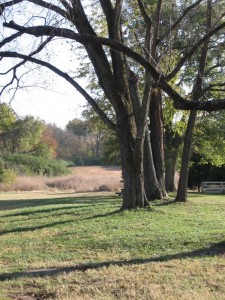 Confession. I went back to Carnton in November of last year, and I got so lost up in imagining what it would be like to to have lived there, to have survived the war, that I nearly missed the last guided tour of the day. Oops! But wouldn’t you get lost in those enormous trees and open fields?

The real history of Carnton is amazing, and Carrie McGavock, the mistress of the plantation, who opened her home to injured soldiers from both the North and the South, was an incredible woman. You can read all about the history of Carnton and the McGavock family here.

And while this history sparked my imagination, A Star in the Night couldn’t be set on a plantation and fit in with the log cabin theme of the collection.

So how did I get from Carnton to a cabin? We’ll talk about that tomorrow!