Okay, guys! I’m super-excited to share the cover of my new book, Vanishing Act! My new Love Inspired Suspense comes out in August, and it now officially has a cover designed by the awesome art department over at Steeple Hill. And when you read the book (and, of course, you all will!), you’ll see how perfectly the image fits the scene in the story. Without further ado … here it is! 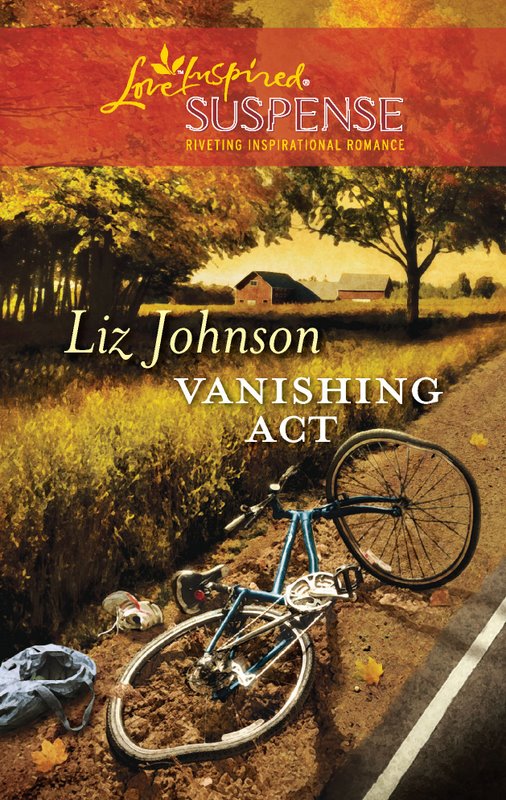 In the life of every author there’s a moment of pure joy that makes all the hours of brainstorming and nail biting and hair pulling worth it. It’s the moment when you realize that your book is finally, actually, truly available to be purchased. That happened for me this week when I realized that my next book, Vanishing Act, is available for preorder on Amazon.com and CBD.com! It officially releases August 10, but it looks like CBD might start shipping them out at the beginning of August.

I don’t have any cover art to share yet (but I’ve seen the first draft, and it looks AWE-some!) but I can still give you a sneak preview about the book. Here’s the synopsis:

ON THE RUN
Eighteen months ago, Nora James watched as her father was shot in
an alley-and then she fled. She changed her name, her appearance
and her job, hoping to keep her father’s shooter at bay. For months,
it worked…but now her luck has run out. A ruthless assassin is on
her trail, and soon Nora, now known as Danielle, will be found. But
this time, she has FBI agent Nate Andersen by her side-right? The
handsome agent would give his life to protect Danielle, but he’s wary
of giving his heart…until a deadly confrontation leaves him with
both on the line.

Stay tuned this spring and summer for giveaways to celebrate the release. So glad to get to share this with you. 🙂