I like boy bands. I have for a really long time. It started with N’SYNC when I was in high school. Then 98 Degrees and Backstreet Boys. And, of course, who can forget the Christian boy band Plus One? Although I missed out on the New Kids on the Block craze, I made up for it when Justin and the boys hit the stage.

Really, what’s not to love about a boy band? The harmonies. The only coordinated but not matching outfits. The perfectly choreographed dance moves. The lack of instruments to get in the way of said dance moves.

It’s just a good time waiting to happen. So you can imagine how sad I’ve been over the last seven years or so since the disappearance of boy bands from pop culture. Hope would spring up when the Backstreet Boys released a new song or the rumor mill would pass information around about a reunion. But let’s be honest. It’s been a dry spell in the boy band departement.

You see, not that long ago, Nickelodian premiered a new show: Big Time Rush. And it’s about–you guessed it!–a boy band! Man, I love this show! It’s totally cheesy, just the way I like it. Comprised of 4 high school hockey players from Minnesota who have been transplanted in LA to make an album, Big Time Rush faces all sorts of obstacles on the road to fame. 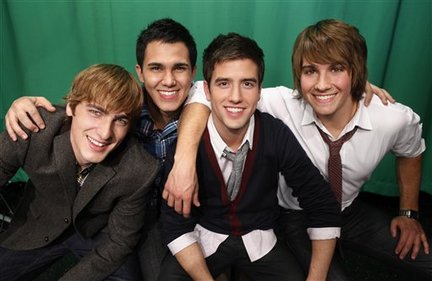 So what do I like best about Big Time Rush? Could be the snappy songs.

But I think it might be Kendall’s eyebrows. They’re fascinating, and not unlike Peter Gallagher’s. What do you think? Are Kendall and Peter long lost relatives? For your consideration: 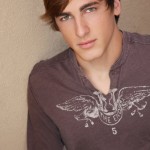 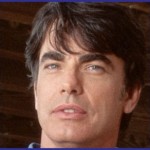 That’s what I thought. 🙂

So Big Time Rush may be made up of 4 20-somethings pretending to be 16-year-olds … but I still love ’em! Check them out on your local Nick channel, and I think you’ll see what I mean.