Since I missed my Monday Movie segment last week, I thought it only fair to offer you two movies this week. I watched them both a couple weeks ago. Got them from the library. They star … big shocker here … Gerard Butler.  🙂 Without further ado. My thoughts: 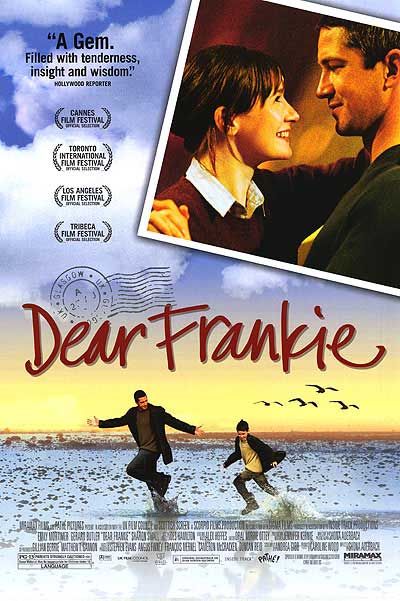 It’s a sweet story of a mother’s love for her son and the lengths she’ll go to to protect him. To save him from his abusive father, Lizzie tells her son Frankie that his dad is a sailor and at sea. But when the ship he’s on docks in Glasgow, the kid makes a bet with a school bully that his dad will show up at the football tryouts. So Lizzie hires a Stranger (seriously, in the credits, he’s called “The Stranger”) to pretend to be the Frankie’s dad. Gerard plays the Stranger, and he forms this bond first with the son and then with the mom.

I wanted so badly to love this movie. I had heard great things about it, and I wanted it to be everything I hoped for. I was disappointed. It was an independent movie, which was great. But it lacked something in the story. Mostly, a conclusion. It just sort of ended. There was no wrap up or hope. Just mom and son sitting on a dock with no idea if the  The Stranger will return.

Also, I had a lot of questions that were never answered. At the end we find out that Frankie has been harboring secrets of his own, but we have no idea for how long he’s been keeping them from his mom.  Will the Stranger return and find happiness and love with Lizzie? Will Lizzie allow herself to find roots? I find questions like that frustrating, and it really detracted from the acting and imagery of the movie, which were both top-notch. With high hopes I was disappointed. 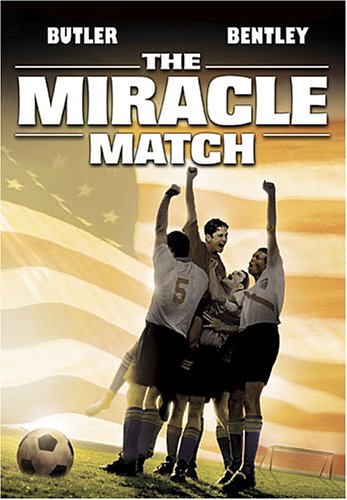 But then came …
The Miracle Match

Low expectations meant the movie didn’t even have to be mediocre to meet them. And it was far better than that. The true story of the 1950 US Soccer team’s defeat of England in the first round of the World Cup was truly inspiring. It wasn’t perhaps the same caliber of movie as many of the Disney true sports stories over the last several years, but it was a good story nonetheless.

A hodge podge of soccer players–half from St. Louis and half from New York–are thrown together 10 days before they’re to fly to Brazil for their first game. They’re expected to lose, especially when their few practice games are disasters.

And then the day of the first game of the World Cup, they stand on a US Army base in Brazil and are informed that the US has just entered a conflict with Korea. And as the men of the team, most of them veterans from WWII, accept their uniforms, they also accept that they’re playing not for themselves but for an entire country, which they serve. Very patriotic moment. It’s a great underdog story as this rag tag bunch of men go head to head with the team that was considered unbeatable.

It was missing a stirring voice over at the end telling us how they did in the overall tournament, as we only get to see the one game. But it was still a good story with some really fun characters that I enjoyed rooting for.

Looking for other good Gerard Butler flicks until next time. -LJ

2 thoughts on “Monday Movie – Dear Frankie and The Miracle Match”