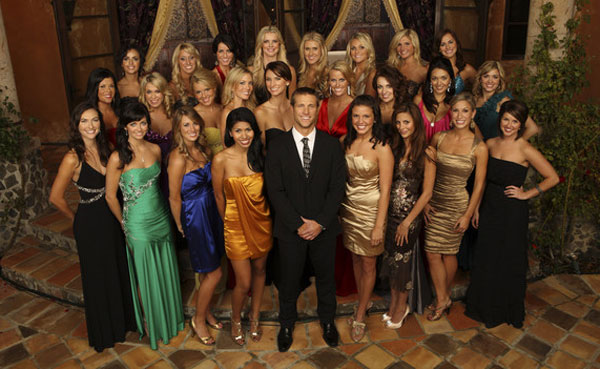 Confession: I’ve been a faithful watcher of The Bachelor and Bachelorette over the past years. I’ve only missed a couple seasons, but I’ve been really stuck on it over the last several seasons because the producers at ABC are very sneaky. Instead of selecting new Bachelors and Bachelorettes from outside the world Bachelor world, producers keep selecting previously rejected guys and gals.

So what happens is that the viewers get emotionally invested in certain cast members, so when they return for later seasons, we feel compelled to watch their stories.

Now I’m not claiming that The Bachelor is any sort of high-class, mentally-stimulating television, but it certainly is an interesting look at the desire to be in love and just how far people will go for 15 minutes of fame. And, of course, with each new episode comes “the most dramatic rose ceremony, EVER!” What’s not to love about that?

My friends and roommates are also big fans of the show, so up until the most recent season, we spent a couple hours every Monday night trying to figure out which of the 25 Bachelorettes our Bachelor will select.

But this season I decided to take myself out of that usual rhythm. Even though I watched Jillian dismiss Jake last season, I chose not to get invested in Jake’s search for the woman of his dreams. Not that I don’t like Jake–in fact I find him one of the best choices for Bachelor in many seasons. I just realized that I was spending 2 hours every week watching a show that would just suck me in for another 2 hours every week next season and the next and the next.

Now that Jake’s season is almost over, I can look back on the last several weeks grateful for the hours I’ve saved. I don’t really feel like I’ve missed out on anything, even though Amy and Katie and Steph area still watching it. I hear things every now and then, but it’s a really freeing feeling not being caught up in a story that experience tells us will likely end badly for Jake and his chosen.

7 thoughts on “Why I Gave Up The Bachelor”