Moving on with the countdown of my top five favorite made for TV Christmas movies, we come to …

ON THE 2nd DAY OF CHRISTMAS 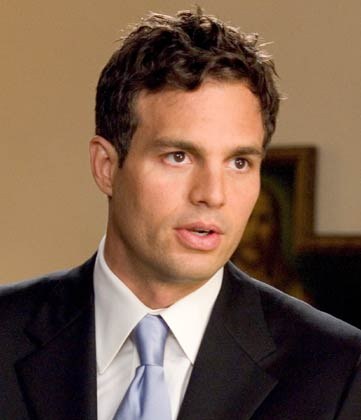 I love Mark Ruffalo. He’s a fantastic actor, but it wasn’t until recently that I realized that I’ve been head over heels for him since he played Bert the security guard in this movie from 1997. Bert wants to be a cop, like everyone else in his family, but he has some sort of eye thing so he can’t pass the test. He’s resigned to working security at a department store. But this Christmas season he catches Trish and her daughter Patsy working their pick-pocket scam on a customer.

Trish is off to jail and Patsy to child services, until Bert steps in. They shouldn’t have to be seperated and in jail over Christmas, so he takes responsibility for them. But over the long holiday weekend, Bert and Trish begin to understand that they’re not as different as they thought … one who longs to uphold the law, the other breaking it just to survive.

A sweet and totally cheesy Christmas movie, this is one of those movies that I’ll watch over and over, and not just because of Mark. 🙂 Mark Ruffalo is as sweet as all get out, and it’s just so over-the-top unbelievable that it’s good.  I have to agree with Katie’s comments below, so I’ll let you get to reading them …

Katie’s thoughts: now we’re getting to the good ones! i have been a devoted fan of this MFTVCM (made-for-TV Christmas movie) since it’s first aired in 97. that’s a decade worth of love friends. truth is – you know how sometimes you know movies are bad but you still love them anyway? that’s the case with this one. i KNOW in my head that this movie isn’t great but my heart just doesn’t care. plus it’s how i first fell in love with mark ruffalo and his shoulders…his shopping mall security guard bert is so sweet and endearing that i makes me consider a life of shoplifting myself. oh – and here’s something i discovered just yesterday. this movie is oddly reminiscent of an old holiday movie with fred macmurray and barbara stanwyck called “Remember the Night” about a shoplifter who ends up spending the holidays with a district attorney and they naturally fall in love. maybe that’s what the creators intended with 2nd Day – whose to know? but the possibility gives me a little more respect for them and the movie. anyway – enough of the babbling – this one is worth your time – watch it!

Stephanie’s thoughts: I’ve only seen this movie one time and that’s all I’ll ever need. The only thing that I rememeber about this one is a really bad wig. I do not recommend.

For the record I (Liz) have no memory whatsoever of a bad wig in this movie. But even if there is one, it is so worth it! Don’t miss it on Lifetime this year!