I have lots of favorite things: movies, music, BOOKS, friends, memories. You name it, I’ve probably got multiple favorites–which I’m completely aware makes them not a “favorite.” But I’ve decided to ignore that for the moment and will share my current favorites with you every Friday. Hence … Friday Favorites!

I debated with myself over what my very first favorite would be. My nieces and nephew? They’re so far above favorites, I don’t think they qualify for the category. (Cutest kids ever to grace my family!) The West Wing? I do love the TV show, and will definitely offer it a Friday Favorite slot, but the first? Hmm … 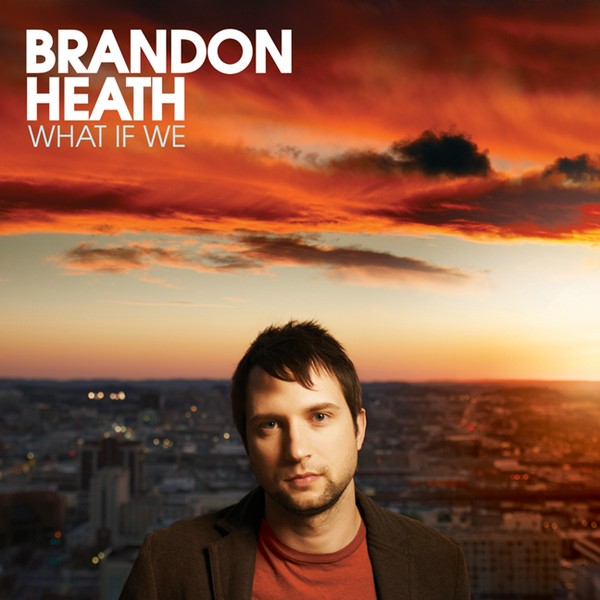 Well, I finally landed on grammy-nominated singer/songwriter Brandon Heath. If you haven’t heard Brandon, then you’re missing out–big time! I got hooked on him in the summer of 2008, when I stumbled on his first cd at the Family Christian Store (remarkably, the one that’s right next to the dollar theater mentioned in this week’s Monday Movie).

You might know his song Give Me Your Eyes from his second album What If We. It’s gotten a lot of play on Christian radio, and has an awesome message of seeing those around us through God’s eyes. He’s a way-talented guy. Amy and I went to see him in concert in Denver in early December at free concert hosted by KLOVE at a church on the north side of town. We had a great time, and Brandon sounded as wonderful live as he does on his cds.

I just discovered that he’s also on tour this spring with Third Day, who I saw live in Denver earlier this last fall. It’s bound to be a fantastic show.

If you haven’t discovered Brandon Heath yet, do it! You won’t regret it.