Welcome to Day 2 of the Log Cabin Christmas author blog hop! I’m so excited that you’ve joined me today. 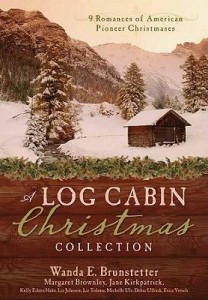 I’ve previously written about how I came up with the idea for A Star in the Night (my contribution to A Log Cabin Christmas) when I visited Carnton–a Civil War-era plantation in Franklin, Tennessee. Carnton served as a field hospital following the Battle of Franklin, an unexpected but deadly skirmish south of Nashville.

As I mention in my novella, Carrie McGavock was the mistress of Carnton at the time of the battle, and offered her home to the wounded (both Confederate and Union soldiers). The guides at Carnton speak of her with the utmost respect, and it’s easy to see why. She served breakfast to the soldiers the morning after the battle and offered her home’s rooms–including all the bedrooms–as operating rooms. She tirelessly served the men in her home–some who were there for weeks. 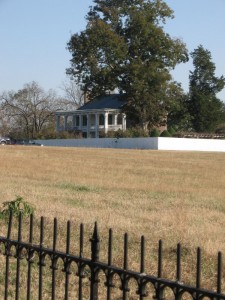 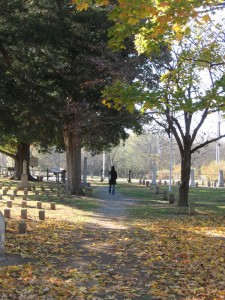 One of the most beautiful features of the property at Carnton is the Confederate cemetary, a labor of love for Carrie and her husband. Following the war, the McGavocks tirelessly worked to identify and bury each of the fallen soldiers, and even today the rows of headstones bring to mind the immense loss of American life on both sides of the war.

But the truth is, there isn’t a whole lot really known about Carrie. The facts of her life are sparse, which allowed me lots of room to dream and take a little literary license. Carrie doesn’t actually appear in A Star in the Night, although she is mentioned several times, and my characters’ interactions with her are, of course, fictional. But I tried to be true to her legacy and character. I like to think that Carrie and Cora would have been fast friends.

Here’s a question for you:
What historical figure do you think you would be great friends with?

If you can’t wait to get your hands on a copy of the book, you can order it here or here.