Well, it’s been a while since I shared a Monday Movie with you all, but not because I haven’t seen them. Just because I haven’t gotten around to writing reviews on them. But I’ve seen three in the last month that I thought deserved a spot on the blog–at least I had a strong enough reaction to them to write up a snippet on each. Without further ado here are my thoughts on a three flicks I’ve seen recently. 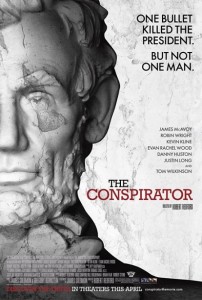 Several weeks ago, my friend and fellow writer, Kaye Dacus sent me a twitter message: do you want to go see The 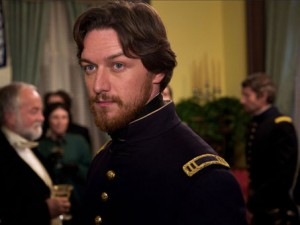 Conspirator tonight? It was all too easy to answer, since the move combines 3 of my favorite things. James McAvoy (seen here with a beard that he sadly wore the entire movie). Abraham Lincoln. And the Civil War.

This (mostly) historically accurate tale, follows the military trial of Mary Surratt, the only woman charged in the conspiracy to murder Lincoln, his Vice President and Secretary of State. Lincoln, of course, was the only one to die at the hand of the conspirators. But this story isn’t really about Lincoln. It’s about Mary and the young lawyer, Frederick Aiken, who defends her against all odds in a heavily prejudiced court of generals. It’s a fascinating tale. Not really an edge of your seat thriller, but more an interesting dive into the characters themselves. I highly recommend this one. 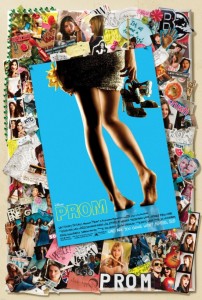 I was so excited to see Disney’s Prom a few weeks ago in the theater. I haven’t made any secret of my appreciation for all things teeny-bopper-ish. And I really love a good teeny bopper movie, so when I saw a preview for Prom with Aimee Teegarden from Friday Night Lights, I had high hopes. And then one of my favorite authors, Jenny B. Jones, tweeted her endorsement, and I was ready to go!

So imagine my sadness when I saw it and realized it was only a weak mash up of all of my favorite teen movies from when I was a teen. It’s 3 parts Can’t Hardly Wait, 2 part s 10 Things I Hate About You, and 1.5 parts terrible dialogue. So if you’re looking for a witty, fun film, check out one of the older ones that I’ve mentioned here. 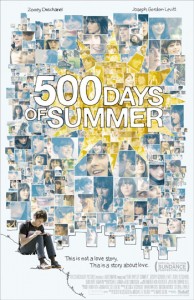 I have a new roommate, so our first weekend in the new house, we decided to enjoy a little Noodles & Co. for dinner and watch a movie. She has 500 Days of Summer on dvd, so we popped it in. It came highly recommended from my sweet friend Jess Barnes (who has made many an appearance on this very blog). While I give it points for originality (it’s told in a set of achronological scenes), it didn’t grab me. But I think it might have something to do with Zooey Deschnel, who I want to love as an actress, but I just can’t seem to get into her movies. And the attitude and flipancy with which her character in this movie treats her friend and boyfriend does nothing to endear her any more.

To sum up … see The Conspirator if you have any interest in history … or James McAvoy. The other two? Well, I wouldn’t spend more than a Redbox dollar on either. Happy film watching, friends!