This weekend I caught the brand new Hallmark Channel movie Flower Girl, staring Marla Sokoloff as a young florist who’s unlucky in love. Laurel’s grandmother Rose, played by Marion Ross, just wants to see her granddaughter happy. And she meddles to make sure that happens.

Rose sets Laurel up with Evan, a doctor who is perfectly fine, but there just aren’t sparks. But then there’s Stephen, a mysterious writer, who refuses to reveal what he actually writes. (I’m sure that it’ll surprise you that I love charaters who are writers.) Laurel and Stephen definitely have a connection. But is there a future for them?

I have to confess that for the first time in a long time, I wondered who Laurel would end up with. I kept telling myself that she should be with Stephen. Their connection was special, and he was amazing! But then I’d remind myself that he could turn into a jerk (and there were several foreshadows of his not being completely honest) and maybe Laurel’s lesson would be learning that stable and steady doesn’t necessarily mean boring. Maybe I’m losing my touch with story, but I thought the writer did a nice job of telling the story without making it obvious who the girl will end up with–even though I’d figured out Stephen’s real job at least an hour before it was revealed.

I won’t spoil it for you–his job or who she picks. But I will say that it’s a sweet movie, and I’m glad that Hallmark hasn’t lost its touch. 🙂

I met Annette and Dawn at lunch one day at ACFW back in September. They are lovely writers and host a blog called Seriously Write. They asked if I’d like to write a guest post about the “success story.” I’m always up for something new, so I said, I’d be happy to, although, I’m not sure how successful my story is yet. 🙂

Anyway, I ended up writing about my dear friend Kelly Blewett and the amazing difference she made in my  life, encouraging me, when I didn’t think I could ever write a novel. You can read my story and hear how Henry, the dog, ended up in The Kidnapping of Kenzie Thorn, here. 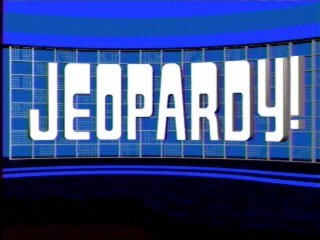 A couple weeks ago, I happened to glance at the clock over the stove after work. It read 6:28, so I hurried into the living room and grabbed the remote. Amy shot me a strange look, and I shrugged. “I can watch Jeopardy today!” I might have also included some small happy dance in conjuction with the realization that I was going to get to watch one of my favorite shows.

To my enthusiasm, Amy responded, “Don’t forget your walker.”

Can you believe that? I may be a little younger than the average Jeopardy fan, but I still love it. I enjoy the trivia and testing my own knowledge of random facts. I enjoy surprising myself when I do know the question to a hard answer. Not to mention Alex Trabec is a bit of a hoot. And this week finishes up the annual Teen Tournament. My odds of me getting the right response improve dramatically during the teen and kids tournaments, which is … you know … always a good thing. 🙂

So next time you’re hanging around your house in the evening, pull up your walker and stretch your brain with a little answer and question time.

I am more excited about seeing this movie than I have been to see any movie in a long time. And it’s based on a true story! You’ve got to love that!

And my office-mate showed me an awesome article about this family in World Magazine. You can read about them here. Just such a cool story. I’m stoked for the movie to come out on 11/20. I’ll be there. Will you?

This week’s teaser is:
“Talia’s parents are there. Her father–the king–is a skinny guy with red hair, and he actually looks sort of like the Burger King, only the Burger King looks a lot friendlier and happy about burgers and stuff.”
pg. 86 – A Kiss in Time by Alex Flinn

– I picked this book up at Barnes and Noble, and I’m actually really excited about reading it. It’s a really cool concept. The jacket flap says, “Think you haveing dating issues? Try locking lips with a snoozing stunner who turns out to be 316 years old.” So cool! 🙂 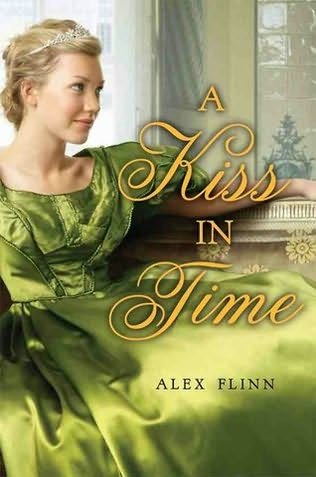 This was a hockey weekend for me! I love going to see live sports, especially hockey. So on Friday, when Jess L. invited me to go to the Colorado College hockey game on Saturday, I didn’t even hesitate. Of course, there was drama involving what I would wear. First, I was toing to wear a black shirt and orange sweater–the closest thing I could find to match the CC colors of gold and black. But as soon as I got changed, I realized that my hands were really dry, so put on some lotion and promptly squirted it all over my black shirt. Ugh!

But I didn’t know who CC was playing, so I didn’t know what color not to wear. I finally decided on a white shirt and purple sweater. But what if the other team’s color was purple? Then I’d get booed by the CC fans–who I don’t mind saying are more than a little bit intense.

When we got to the rink, I discovered that CC was playing Duluth, whose colors are gold and maroon. Whew. That purple was a little too close for comfort. But I survived, and the game was Awe-some. There were more fights than I’ve ever seen, and three players from Duluth were ejected from the game. It was so fun! And it put me in the mood for my favorite hockey movie of all time. 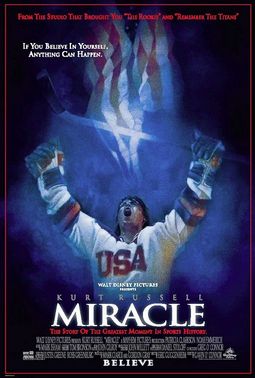 If you haven’t seen Disney’s film chronicling the true story of the 1980 USA Olympic hockey team, you’re missing out. This is a movie for everyone who needs to be uplifted.

In 1979 the United States needed something more than the gas shortage, hostages, and a failing economy to focus on. That’s when Herb Brooks (played brilliantly by Kurt Russell) was hired by the lead the men’s USA hockey team to the 1980 Olympics. Brooks put together a rag tag team of college kids to play the best that the world had to offer–including the Soviet Union, who hadn’t lost in 20 years.

This team of kids, who fought among themselves over past rivalries, couldn’t possibly win the gold. Could they?

Miracle is just that. The story of a miracle that no one ever expected and a country really needed. Enjoy it!

I love, love, love shopping for Christmas gifts. What is it about finding the perfect gift to fit a friend’s personality? Or finishing a hand-made gift for my mom? Or tying the last ribbon around a toy for my niece? 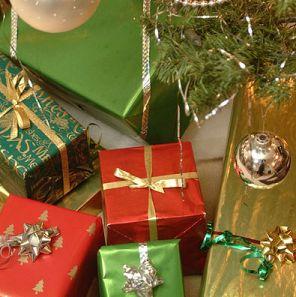 because I can imagine the faces of my loved ones as they open them up. Last year, when I traveled back to Arizona, my sister told me that she and her husband really needed new pots and pans, but they just didn’t have the money to buy them. It was so fun for me to wrap that huge box of Rachel Ray cookware. Even more funny was the terrible wrapping job I did on the 12-inch pan not in the box. It was such an awful wrapping job, I was sure that they’d figure it out. But the shock and joy on their faces was everything I’d hoped for.

And last year I was just strolling through Barnes and Noble when I discovered a book about Michael Phelps. Let’s just say that when Amy tore the paper off, I think I saw a tear in her eye. 🙂

That’s one of the coolest parts of Christmas.

But all of those wonderful Christmas moments don’t come without a bit of planning. Or a lot of planning. Usually my planning begins in August. So you can imagine my worry when I confess that I haven’t even started my shopping this year! I am so behind.

This year is going to include a rapid-fire shopping spree. And most definitely a visit to Amazon.com for the day after Thanksgiving sale. Huge savings! 🙂

Of course, if you have a good suggestion for a great gift, I’m always open to suggestions!

Looking forward to finding deals and making smiles until next time. -LJ

If you’ve spent more than a second in the blogosphere in the last 4 days, you’ve probably heard a little something about NaNo WriMo. If you’re unfamiliar with the tradition of NaNo WriMo, then allow me to fill you in.

November is widly known as National Novel Writing Month–thus abreviated NaNo WriMo. And those crazy writers who decide to participate in the NaNo WriMo challenge, try to write 50,000 words in one month. If you’re not a writer, then the word count probably doesn’t mean much to you. But if you’re not sure if that’s a HUGE challenge, let me assure you IT IS!

Like an idiot, I suggested (please note, how I’ve inflicted this torture on myself) to Jess Barnes that perhaps we should participate this year. She quickly agreed to go along with it–modifying her plans to write a mere 30,000 words, which is still a ridiculous amount to write in one month. But me, I decided that if I could just get those 50,000 words written, I’d pretty nearly have my next novel for Steeple Hill completed. So I decided I was definitely going to do it.

My problem. I’m totally undisciplined. Here I am 4 days in, and I’ve managed to write a grand total of 1,800 words. I’m seriously going to have to make this weekend count!!! 🙂

This week’s teaser is:
“Lila had no idea why she was acting like pop music was this important to her. It was something in the way Beau dismissed it, like it was beneath him–while he was listening to glorified polka music.”
pg. 64 – Ex-mas by Kate Brian

– I love a lot of Kate Brian’s books (although I’ve never read any in the Private series), and I was so thrilled to find out that she has a brand new Christmas novel for young adults–seeing how much I love Christmas stories. This one is shaping up to be just as smart and fun as her others. Happy Christmas reading! 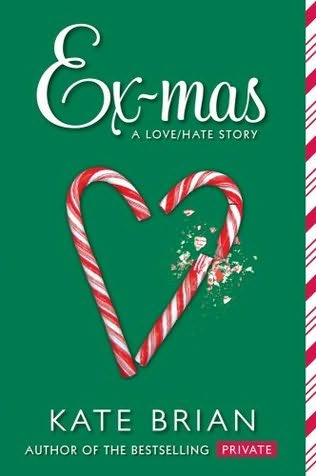